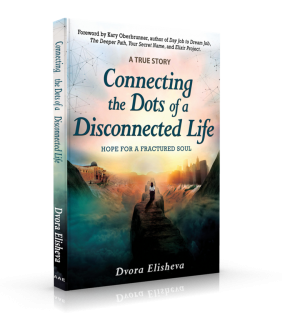 CONNECTING THE DOTS OF A DISCONNECTED LIFE

Being raised in a Christian home did not protect Dvora Elisheva from physical, spiritual, or sexual abuse. As an adult, her memories were more like short video clips with significant parts of the plot missing. In 1982 she moved to Israel. She became friends with a Vietnamese-Chinese family that had found refuge in Israel during the Vietnam war. This led to her 20+ years of work amongst Chinese students, teaching English using the Bible as a textbook. After having built up a successful life in Israeli hi-tech and within her spiritual community she met her husband over the Internet in 2006. They married in 2007 and she relocated to the US to be with him and a new ready-made family. In 2010 her husband died and in 2011 Dvora returned to Israel.

Dvora shares, "I have lived in Israel more than 30 years and am still alive; I have experienced physical, mental, sexual, and spiritual abuse and have no bitterness towards the perpetrators; I married for the first time at the age of 52 and became a widow at 55 and am filled with thankfulness for all I gained through my marriage." Well-acquainted with grief and loss, Dvora has been transplanted back and forth between America and Israel, is a Messianic Jew living in a land that views such faith as a betrayal, and plays an active role in a Chinese church in Israel. How did she get there? Why does she consider herself as far more than a survivor? Today she is thankful for all of her life, and shares her story with the goal of encouraging and inspiring you to view your own life through a new lens of hope. As you read her story, which connects the dots of her complex and interesting life, she invites you to connect the dots of your own unique life, and to discover a faith in God that brings it all together--the "ink" connecting the dots of your life into an equally amazing and comprehensible picture.

Deborah Hemstreet writes under her Hebrew name, Dvora Elisheva. Well-acquainted with grief and loss, Dvora came to Israel as a volunteer in 1982. She stayed in Israel and eventually became involved in Chinese ministry.

In 2007 Dvora married for the first time and returned to America. She returned to Israel in 2011 after her husband's death. Dvora’s book is a deeply personal exploration of her life under the lens of God's grace, testifying to God’s redemptive power. 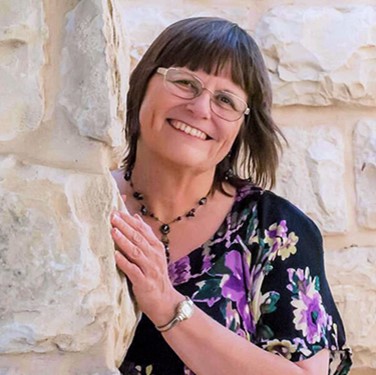